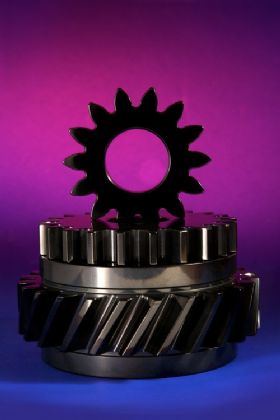 The importance of carbon based coatings is their ability to enhance the surface of medium and heavily loaded components and wear parts - by imparting several significant material improvements; such as a higher abrasive and erosive wear resistance, elevated corrosion resistance and much lower frictional effect, depositing graphitic and diamond-like carbon coatings on to the surface of components such as engine power train components, gears, valve parts and medical prosthetic and motion components will greatly enhance their performance as well as allowing them to operate within reduced lubrication regimes,

Wallwork Cambridge is a provider of advanced tribological coatings capable of providing carbon based coating variants on to the external and internal surfaces. We offer this portfolio with a variety of in house technologies such as Plasma Enhanced Chemical Vapour Deposition {PECVD), Unbalanced Magnetron Sputtering (UBMS) and a radical new technology called Hollow Cathode Immersion Ion Processing (HCIIP) which is the first process capable of reliably applying high-performance coatings on to the interior surface of components. These varying technologies are housed within a dedicated processing suite and a group of highly trained technicians to administer the coating work and engineering staff optimise the coating recipes to meet the prevailing demands of component designers.

Diamolith DLC coatings are used to prevent wear due to its excellent tribological properties. It is very resistant to abrasion and adhesive wear making it suitable for the use in applications that experience extreme pressure both in rolling and sliding contact such as a hip prosthesis system, aerospace bearings and automotive power train components

InnerArmor Carbon Coatings for internal surfaces. A coating specifically designed to improve the functionality of internal bores. Applied from the gaseous phase, the coating is applied using Hollow Cathode technology.

The coating morphology can be modified (by process control} to produce variants to match the prevailing application conditions. Examples include:-

The coating can be used by a range of applications where internal surfaces cannot be coated by normal PVD or PECVD means. Such as pipes, cylinders, pump components, ductwork and all fluid/powder transfer systems.