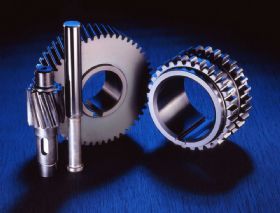 The demanding performance criteria imposed by the drive for weight reduction and lower fuel consumption can subject critical components to exceptional loads and wear. The most important wear mechanism which occurs on highly-loaded sliding or rolling parts is adhesive wear; or cold welding.

The visually appealing anthracite colour has made the coating popular for hard wearing decorative films demanded by the luxury goods market. For instance watches, phone covers and jewellery products have been aesthetically augmented by the deposition of Nitron MC providing a scratch free, smooth and fashionable surface finish.

Developed and optimised by Wallwork Cambridge, NitronTM WC/C coatings are made of hard tungsten carbide particles in a soft amorphous carbon matrix